As the COVID-19 pandemic sweeps the globe, companies are decidedly more pessimistic about the global economy than their own prospects, according to a new study released by the Economist Intelligence Unit on 24 April 2020.

This study, the Global Business Barometer (GBB), supported by SAS, is based on a survey of over 2,700 executives from 118 countries worldwide. Initially fielded online from March 26 to April 6, this survey provides a compelling snapshot of corporate sentiment in the midst of the worst public health crisis in a century.

The core slate of questions in the GBB asked respondents their opinion on the business environment globally, regionally and domestically over the next three months. It also asked about prospects for their industry and their own company.

Across the globe, very few executives reported optimistic outlooks for the global economy over the next three months, resulting in a barometer reading of -39.2 (-50.0 being the most dire possible).

This comes after the COVID-19 pandemic has led to society-wide lockdowns across the world, bringing all but commerce and services deemed most essential to a sudden halt, large portions of countries sheltering at home, and a spike in unemployment.

The IMF, in its latest World Economic Outlook, forecasts the worst economic downturn since the Great Depression as a result of these measures. The WTO has also revised its projections for global trade in 2020; total volumes could fall from 13% to 32%, depending on the length of the pandemic and the effectiveness of policy responses.

Some regions were more pessimistic than others, with Europe (-40.4) and Asia-Pacific (-40.4) at the far end, although executives in Asia-Pacific were least pessimistic (-31.8) about their own country’s economy than the four other regions.

However, compared to the gloomy outlook towards the global economy, executives seem less pessimistic – though not optimistic – as the concepts shift from the large and abstract (like the global economy) to the smaller and more concrete (like the outlook for their company).

The global reading for the three-month outlook for “your industry” was -22.0 and -17.8 for “your company”, suggesting that executives either feel they have more control at these levels–as opposed to the macro-economy–or that they believe their organisations may still see some success despite the global economic impact of COVID-19.

Least and most pessimistic countries

Although the GBB survey includes executives from 118 countries, the barometer focuses on 14 countries in North America, Europe and the Asia-Pacific for core readings. These countries together account for nearly 70% of global GDP and 56% of global trade, according to data from the World Bank and IMF.

On a country level, executives in Spain and Japan are tied for most pessimistic overall, followed closely by the UK. The study suggests the peaking of COVID-19 cases in Spain, and surges in Japan during the period of the survey as possibly linked to the pessimism reported.

Notably, executives from China seemed the least pessimistic about their own country’s economic prospects over the next three months, although sharing a comparable pessimism about the global economy. This may be related to the country’s position on the far side of the COVID-19 curve, with new cases falling to zero on most recent days.

Meanwhile, executives in Singapore are significantly more optimistic about the country’s economic outlook than global peers. However, this optimism is not replicated when asked about their confidence in their specific industries of operation.

Few if any industries will be spared from the impact of COVID-19 and the various policy responses to it. Some will be much harder hit than others. Tourism and travel is an obvious example, as is the consumer goods sector (outside of food and other essentials).

With many factories shuttered across the globe, supply-chain disruptions and demand cratering, manufacturing is also forecast to experience significant pain in the short to medium-term, with Purchasing Managers’ Index results already in freefall almost everywhere.

Nevertheless global executives have shown greater positivity than expected around revenue and profitability. However, except for retail and e-commerce, the 13 other industries covered by the barometer do expect declines, led by travel and tourism (-11.3 on revenue growth) and entertainment and media (-10.9 on profitability).

There are no exceptions on the question of “operational agility”, with all firms agreeing on this second strategic approach to adapting to the new industry dynamics of COVID-19.

Operational agility spans a number of factors, including remote working, flexible hours and other ways to adapt to uncertain times without sacrificing productivity. It’s also equivalent to cost savings, which contributes to bottom-line growth at a time when the top line is bound to suffer for most industries.

Executives are on balance optimistic that within the next three months they will be stronger in this area, with none of the industries registering a barometer score below zero and the overall reading sitting at +2.1

The long road ahead

As with any crisis, executives hope that the recovery from the COVID-19 pandemic will be swift. But the world is not going to suddenly spring back and continue as though nothing has happened.

Most executives surveyed (46%) believe that it will take between 1-2 years from the outbreak for their businesses to recover, which researchers consider a realistic period. They note a heartening 40% who believe that they will be able to bounce back in “less than a year”.

However, 10% of respondents believe it will take 3-5 years, which the researchers have felt would be disastrous, if proven true. 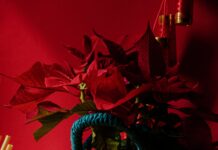 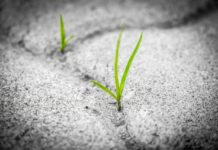 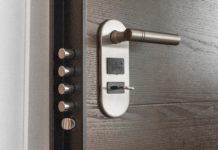 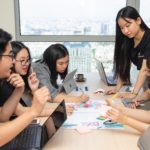 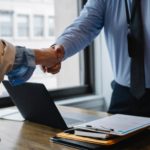 Singapore SMEs to get AI push