While every entrepreneur dreams of making it big, finding truly ground breaking ideas, complementary partners, and the right approach to the market isn’t always an easy task. In this two part feature, SMEhorizon speaks with Dharmesh Shah, Co-founder and CTO of HubSpot.

Together with co-founder Brian Halligan, the CEO of HubSpot, he has built a company around the concept of “in-bound: the notion that people don’t want to be interrupted by marketers or harassed by salespeople — they want to be helped. Their movement continues to empower businesses around the world to stop interrupting, start helping, and return their focus to the customer.

We talk to Dharmesh about his entrepreneurship journey, meeting Brian Halligan, and the genesis of “inbound marketing”.

This interview has been edited for length and clarity. The second part is available at this link.

Could you talk a little bit about what prompted you to start HubSpot with Brian Halligan, your co-founder? What was the journey like?

I’ve been a software entrepreneur for a long time. I did my first software company [Pyramid Digital Solutions] when I was 24. My co-founder was 17. We were living in Birmingham, Alabama. We were both engineers and about as naive as one could be walking into staring a business. That business went pretty well. It was bootstrap, no outside funding.

But the first startup for most founders is a roller-coaster. All the clichés are true. We had real ups and downs. There were dark days, but I ran that as founder/CEO for ten in a half years and I sold it. It got to about 15 million in revenue, which is not bad for a self-funded startup, but not a home run by any stretch.

After that, my plan was go back to grad school, maybe get a PhD and teach. So I got to MIT because that was on my bucket list of things I wanted to do. I met Brian there at MIT and we hit it off.

You both have a shared passion for small business – where did that come from?

So the small business leaning that both he and I had was partly because we didn’t like enterprise software. But then consumer software felt like buying a lottery ticket. It was like, either you create the next Facebook and it’s going to be awesome, or you down and crash in burning flames and the company’s worth zero. And there’s no gray area in between which didn’t really appeal to our kind of pragmatic sensible side.

But the thing we liked about small business is having a scale of consumer. There were millions of companies to serve. You don’t have revenue concentration, just 50 customers, 100 customers, like lots of enterprise companies do. And so we had been noodling on ideas in the small business area while we were in class. And then as we kind of– and still in class, like, “You know what? We might actually start a company together someday. Let’s use this opportunity to get to know each other better in a safe way.”

So every project that we could do for class in grad school, we put ourselves in the same team and then we used our original iterations of HubSpot as the kind of backdrop for all of our projects. So when we wrote a business plan, it was part of the business plan class at MIT Sloan. Every possible excuse we could make for ourselves that moved HubSpot further along and get to know each other better, we took that opportunity. That was phenomenal.

So what happened after you graduated?

At the time, my thesis adviser at MIT looked at my work and said “these are all good thoughts but these are all your opinions. This is not really a research paper. You need to actually get some actual data in there.” And I thought I had my head as well that sounds like they might have to talk to humans, which seems awfully unpleasant being an introvert.

And so what I did is I start a blog. I have no idea what a blog was. I’ve never done blogging before. But I was like, “What I’ll do is I’ll write a blog and then I can do surveys. I can get comments back from people. So that will be data. So I was like, oh here, outside people have said this. And that proved to be useful. This kind of became the founding seed of the idea for HubSpot.

So I’m blogging. Bryan’s graduated and the job he took right after graduating was as a venture partner helping their portfolio companies grow up. He’s got a sales, marketing background, and so he would work with the VPs of marketing or VPs of sales at these startups the venture had funded.

And then we compare notes. And then he looked at my blog. He’s like, “actually the traffic on the blog is really growing really fast. It’s growing much, much faster than the websites of these venture back startups that have a marketing budget or VP of marketing. It’s like, what are you doing over there that’s causing this kind of lifting your traffic?”

So I told him about Google, and SEO, where you optimize your websites so you can increase the odds that when someone is at search your website comes up. Then there were all these social media sites, like Reddit and Digg back in the day. If you could  kind of rank high on those, there’s a bunch of things you could do to help drive traffic. But the most important thing  is to write useful content that people find valuable and they share it and it gets more traffic.

And Brian’s response was “that’s awesome! All our portfolio company should be in that instead of what they’re doing right now, which is they’re trying to buy their way in, buy email lists, and blast people, whatever. That’s just not working. We need to do it this way.”

So you had hit on a different approach to marketing at the time?

Yes, the classical approach to marketing – we called it “outbound marketing” was to go “oh, you have a budget. I’m here to kind of blast your message out to as many people as you can afford to blast it out to in the hope that some small fraction of people that care about your product will buy from you.”

And we turned that on its head. We said, “Okay, what you should be doing is inbound marketing.” So take that same budget, however big or small, and use it to create value for your prospective customers. And so if you’re int he enterprise software space, write blog posts like here’s what you need to know about this, here’s the trends going on in that year, some data that we’ve– whatever it is. Something that actually adds value to the community instead of blasting them a message.

This kind of idea seems a little bit obvious now, but back then it was a relatively radical thing. People asked “oh, well what’s this blogging thing and what do you mean add value?” But it worked really well. It worked well for HubSpot.

So how did this observation make its way into HubSpot?

We observed that there were existing tools that were great at their individual parts. WordPress was a great product, and there are a bunch of other tools available.

But most companies would continue to sit on the sidelines and not use them. Not because the products weren’t good – it was because the sophistication necessary to pull them all together was just not there.

Maybe some high tech companies would have that kind of capacity. but for every one of those, there were a thousand companies that had not even heard of these products, let alone be able to integrate them.

So we wanted to make it easier to synchronize other applications into HubSpot so we can bring all the data together in one central place. That was the original genesis of HubSpot. We want a simple integrated approach where small to medium-sized businesses for a nice transparent clean fee can get all the tools they need to do marketing. Eventually we got into sales and service and got it all on one system. That’s our founding story. 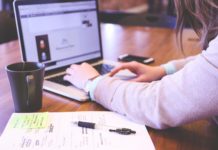 Financial executives expect recession but many are unprepared: Coupa

Fitness classes and studios are amongst the industries hard hit by the restrictions introduced to safeguard public health against the spread of...

Razer Merchant Services has partnered with KK SUPER MART to enable Razer Cash for online Shopee purchases, in an effort to encourage e-commerce...

MODIFI today announced US$24m in Series B, which brings its valuation to more than US$120m. The funds will be used to grow MODIFI's...

Results of the Aon plc 2021 Private Market Compensation survey have found that the cost of comparable talent in Singapore is significantly lower at... 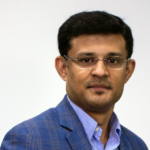 Amid the reopening of global economies and as we settle into some semblance of normalcy, businesses have to embrace agility in their...

Distancing from China may not mitigate supply chain risks: research