Despite stories like Bill Gates, Steve Jobs and Mark Zuckerberg whose successes came without prior business experience, the reality is that about 90 percent of new start-ups fail in the U.S., and only a handful of companies can make it to the long run.

A top reason for this low success rate? Many budding entrepreneurs are highly creative but they fail to study their market sufficiently (a business skill), and as a result launched highly innovative products that nobody really needed.

It is against this backdrop that a recent research study has found experience allows entrepreneurs to better balance their creative and business roles to avoid potential pitfalls on the road to entrepreneurial success.

The research examines how previous entrepreneurial experience could influence entrepreneurs when they have to juggle multiple roles when starting up their businesses. It found that entrepreneurs with no prior experience tend to concentrate too much on one role, such as being the product developer and lose sight of other important things.

On the other hand, experienced entrepreneurs tend to do a more balanced job.

“Being an entrepreneur is a balancing act. Although entrepreneurs should seek to produce products which are both unique and useful as well as being commercially viable, doing so can be difficult,” says Ying-yi Hong, Choh-Ming Li Professor of Management at The Chinese University of Hong Kong (CUHK) Business School.

“For example, an entrepreneur may channel their inner inventor to create highly unique products, but that’s no good if they don’t consider market demand. It is essential for entrepreneurs to achieve both goals simultaneously to succeed,” she says.

Missing the Forest for the Trees

Her study “Missing the Forest for the Trees: Prior Entrepreneurial Experience, Role Identity, and Entrepreneurial Creativity” was co-conducted with Prof. Siran Zhan at the University of New South Wales College and Prof. Marilyn Ang Uy at Nanyang Technological University. Some existing research literature on entrepreneurship focus on the journey or personal qualities of successful entrepreneurs, while others studied the mindset and behaviours of these entrepreneurs. Prof. Hong and her co-authors combined the two factors and tackled the topic from a “person-by-situation” interaction approach.

This approach assumes entrepreneurs take on different roles, such as that of an inventor or businessperson, and these are triggered by different situations. For example, an entrepreneur would play the role of a salesman during a pitch meeting, but the same person would wear the inventor hat when dealing with product design in the lab. When the entrepreneur plays the role of a salesperson, their attention would be more focused on the profitability of the product and less on the product design, and vice versa.

When too much attention is given to the tasks related to one role, entrepreneurs might overlook other equally important aspects, creating the so-called “missing the forest for the trees” effect.

“We expect experienced entrepreneurs to have developed a more holistic knowledge structure in which their inventor and businessperson roles are integrated. In contrast, novice entrepreneurs who lack prior entrepreneurial experience may see their two role identities as separate and disjointed,” Prof. Hong comments.

“Thus, experienced entrepreneurs tend to be capable of processing a greater amount of information in a given instance and see the big picture, which novices tend to neglect.”

To test their theory, the researchers recruited 108 entrepreneurs who were in the process of starting a new venture to participate in an experiment. Among the participants, 40 were experienced entrepreneurs who had started businesses before.

The participants were first asked to recall and write about their experience as an inventor or a businessperson. They were then told to submit ideas for a product or service to sell to university students. Their ideas were then evaluated in terms of how novel or commercially viable they were by experts with substantial experience in entrepreneurship.

The study found that entrepreneurs with less experience tend to produce fewer ideas that were deemed novel when asked to assume the role of a businessperson, whereas experienced entrepreneurs were able to maintain their ability to generate creative ideas even when they were in salesman mode.

The effect is even more pronounced when the entrepreneur is forced by circumstances to take up a specific role. For example, an entrepreneur under pressure to raise funds for their project must fulfil the role of a businessperson and put their inventor self aside. Prof. Hong says such a tension-ridden situation would likely to result in reducing creativity, especially among inexperienced entrepreneurs.

How Does Experience Help?

So why does being able to integrate the disparate creative and business roles into their entrepreneurial identity prevent experienced entrepreneurs from falling into blind spots? Prof. Hong and her co-authors sought to explain this from a cognitive perspective.

The brain can form networks of associated ideas through learning and experience. For example, the word “fire engine” is likely to be associated with the colour “red” and the image of “vehicle” in our minds because we have learned it in the past.

They reason that experienced entrepreneurs would in the past have encountered numerous situations which required skills from both their creative and business sides. These situations would have stimulated them to reconcile their different demands and as a result they become better able to distribute their attention to the related tasks evenly. 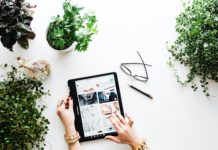 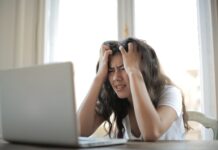 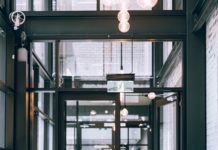 Salaries of talent in Singapore rise

Proxtera and Tazapay partner to propel cross-border trade for SMEs

Giving back to society while growing business overseas

The future of voice is already here