Ivanti has announced the results of the Ransomware Index Report Q1 2022 that it conducted with Cyber Security Works, a Certifying Numbering Authority (CNA) and Cyware, a leading provider of the technology platform to build Cyber Fusion Centres.

Additionally, the report revealed that ransomware operators continued to weaponise vulnerabilities faster than ever before and target those that create maximum disruption and impact.

This increased sophistication by ransomware groups has resulted in vulnerabilities being exploited within eight days of patches being released by vendors. It also means that any minor laxity in security measures by third-party vendors and organisations is sufficient for ransomware groups to enter and infiltrate vulnerable networks.

Aaron Sandeen, CEO of Cyber Security Works, said, “The fact that scanners are not detecting critical ransomware vulnerabilities is a huge problem for organisations. CSW experts are continuously tracking this as a part of our research and analysis. The good news is that in this quarter, we saw the number coming down.

“This means that scanner companies are taking this seriously. That said, there are still 11 ransomware vulnerabilities that the scanners are not detecting where five are rated critical and associated with notorious ransomware gangs like Ryuk, Petya and Locky.”

Further handicapping security and IT teams is the fact that gaps exist within the National Vulnerability Database (NVD), the Common Attack Pattern Enumeration and Classification (CAPEC) list by The MITRE Corporation and the Known Exploited Vulnerabilities (KEVs) catalogue by the US Cybersecurity and Infrastructure Security Agency (CISA).

The report revealed that the NVD is missing Common Weakness Enumerations (CWEs) for 61 vulnerabilities, while the CAPEC list is missing CWEs for 87 vulnerabilities. And on average, a ransomware vulnerability is added to the NVD a week after being disclosed by a vendor.

At the same time, 169 vulnerabilities with ransomware associations have yet to be added to the CISA KEV list. Meanwhile, hackers worldwide are actively targeting 100 of these vulnerabilities, scouting organisations for one unpatched instance to exploit.

“For example, many only patch new vulnerabilities or those that have been disclosed in the NVD. Others only use the Common Vulnerability Scoring System (CVSS) to score and prioritise vulnerabilities. To better protect organisations against cyberattacks, security and IT teams need to adopt a risk-based approach to vulnerability management.

Vulnerabilities in the healthcare sector

The report also analysed 56 vendors that supply healthcare applications, medical devices and hardware used in hospitals and healthcare centres and uncovered 624 unique vulnerabilities in their products. Forty of those vulnerabilities have public exploits and two vulnerabilities (CVE-2020-0601 and CVE-2021-34527) are associated with four ransomware operators (BigBossHorse, Cerber, Conti and Vice Society). Unfortunately, this could indicate that the healthcare industry may be targeted more aggressively by ransomware attacks in the coming months.

Anuj Goel, Co-founder and CEO at Cyware, said, “Ransomware is now one of the most predominant attack vectors affecting the bottom line of organisations globally. The Q1 report underscores the fact with new numbers that show an increase in the number of ransomware vulnerabilities and the APTs using ransomware.

“However, one of the major concerns that has surfaced is the lack of complete threat visibility for security teams owing to cluttered threat intelligence available across sources.

“If security teams have to mitigate ransomware attacks proactively, they must tie their patch and vulnerability response to a centralised threat intelligence management workflow that drives complete visibility into the shape-shifting ransomware attack vectors through multi-source intelligence ingestion, correlation and security actioning.”

Echoing his sentimants, John Shier, Senior Security Expert at Sophos said, “Ransomware in the healthcare space is more nuanced than other industries in terms of both protection and recovery. The data that healthcare organisations harness is extremely sensitive and valuable, which makes it very attractive to attackers.

“In addition, the need for efficient and widespread access to this type of data – so that healthcare professionals can provide proper care – means that typical two-factor authentication and zero trust defense tactics aren’t always feasible. This leaves healthcare organisations particularly vulnerable, and when hit, they may opt to pay a ransom to keep pertinent, often lifesaving, patient data accessible.”

Sophos, which has released a report titled The State of Ransomware in Healthcare 2022, recommends the following best practices for all organisations across all sectors:

5 Takeaways: why and how businesses should be using their own products 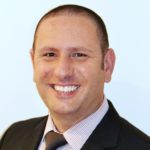 SG Women in Tech marks one year of advancing diversity in...