Ask any human resources guru and they are likely to say unequivocally that employee engagement, or the degree to which workers immerse themselves in performing their jobs, is key to organisational success.

Employees who are high in job engagement are described as being “fully there”; They are devoted, attentive and focused in their work roles, which are all traits that modern organisations crave in their workforce.

However, a new study conducted by the Chinese University of Hong Kong (CUHK) has revealed for the first time that while employee engagement does indeed lead to increased job performance, it could also lead to some workers being more territorial in the jobs, less information sharing occurring in the workplace or downright unethical behaviour.

Entitled It’s Mine! Psychological Ownership of One’s Job Explains Positive and Negative Workplace Outcomes of Job Engagement, the study noticed that while much previous research has been devoted to the positive outcomes of job engagement, little attention has been paid to its potential costs.

“To the best of our knowledge, no study on the possible negative outcomes of job engagement in work related domains has been studied,” said Prof. Kenneth Law Professor of Department of Management and Associate Dean (Research) at CUHK Business School. He added that the few studies which have examined negative outcomes have focused on non-work settings, such as whether it can lead to more family disputes.

The researchers theorised that when employees are highly engaged in their jobs, they identify with their jobs and treat it as part of their personal identity — becoming what is known in psychology as the “extended self.” As a result, they feel they “own” the job.

On the one hand, this psychological ownership promotes on-the-job performance, proactive behaviour, and incites a willingness for employees to go above and beyond their formal job requirements in the daily execution of their duties — a concept known in management academia as organisational citizenship behaviour.

The flip side is that this ownership can also translate to resentment when employees feel their job “space” is being infringed, leading to territorial behaviour and knowledge hiding. As an illustration, a sales representative may decide against sharing product and customer information, know-how, and skills to promote sales with colleagues.

Job ownership could also generate actions that benefit the organisation but which falls short of being fair play — such as discrediting others’ performance and purposely excluding others in a work group — a condition known in academic circles as pro-job unethical behaviour.

In addition, researchers also speculated that how job ownership manifests itself depends on an employees’ overall outlook or mindset. They posited that employees who are driven by a desire to achieve their aspirations and desirable outcomes — known clinically as an approach motivation — tend to focus on the gains related to their ownership of their jobs. This translates into improved job performance, and a higher level of proactive work and organisational citizenship behaviours.

This contrasts with those of an avoidance motivation mindset, or people who focus on avoiding distressing problems and undesirable outcomes. For them, it was speculated that they were driven by concern over losing the ownership of the job, and are likely to engage in undesirable behaviours to protect what they perceived to be part of their personal possessions.

To test out this theory, the researchers sampled a large pharmaceutical company in southern China. They sent questionnaires to employees and their supervisors, who were asked questions to rate their job engagement, job ownership, performance, as well as their tendencies to engage in both good and bad workplace behaviour.

Of the 353 questionnaires sent out, 178 valid responses were received. Analysis of the results confirmed the researchers’ theory that job engagement can lead to both positive and negative workplace outcomes.

It found that engaged employees would perform positive workplace behaviours, regardless of their mindset, but employees with stronger avoidance motivation may engage in a concurrent set of undesirable workplace activities that lead to territorial behaviour, knowledge hiding, and pro-job unethical behaviour.

Also, it found no evidence that employees driven by an achievement or aspirational mindset are even more likely to engage in activities that benefit the organisation.

Prof. Law said this research has important and far-reaching implications for the modern organisational workplace. This is especially so for, but not the exclusive domain of, industries dealing with creativity, innovation and intellectual property.

“At the end of the day, job engagement will always have more advantages for an organisation than disadvantages. It’s when high job engagement is not being managed properly that it could lead to issues,” he said.

The more engaged an employee, the higher their performance. When focused on the job instead of a career, engagement could also lead to lower employee turnover, since an employee is unlikely to find the exact same job they are attached to at another organisation.

“Our findings are cautionary reminders that engaged employees may generate negative workplace behaviours,” he said, adding that managers should at least be aware of this possibility and to actively manage to reduce negative outcomes of employee engagement when it occurs.

This could include the fostering of a high-trust environment to promote the perception that workers respect each other’s ownership of their respective jobs.

Another key possibility is to mediate an employee’s ownership of their job. “You can’t really take away psychological ownership, but you have to explain to employees that their focus is on the organisational objectives, rather than on the benefits they personally derive from their jobs,” Prof. Law said.

Managers should also be extra mindful of employees with an avoidance mindset, who are more likely to exhibit detrimental workplace behaviours. To counter this, he said managers should consider implementing policies and procedures to discourage the negative outcomes which may result. Finally, companies should develop training programmes, supplemented by personal coaching, to help employees manage their avoidance tendencies.

“Our results will make it easier to predict which individuals are more likely to generate positive or negative work outcomes among employees with high job engagement and job based psychological ownership,” Prof. Law said.

“We hope that our study will encourage further exploration into the consequences of job engagement in a more comprehensive way and to identify possible moderators that can alleviate the negative effects or amplify the positive effects,” he added. 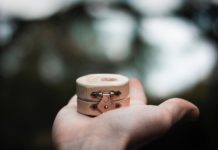 The 3Cs Challenge is now the signpost to success